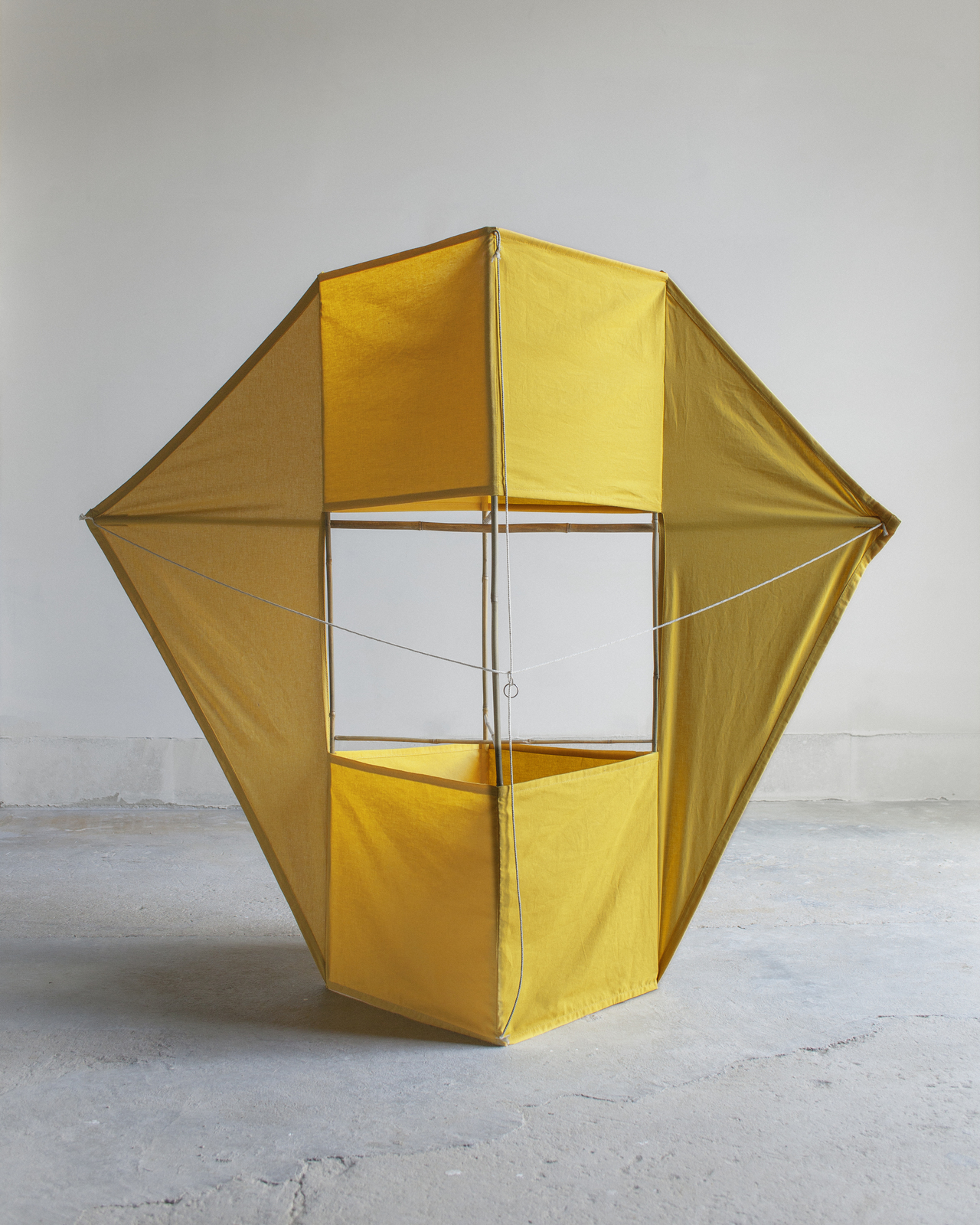 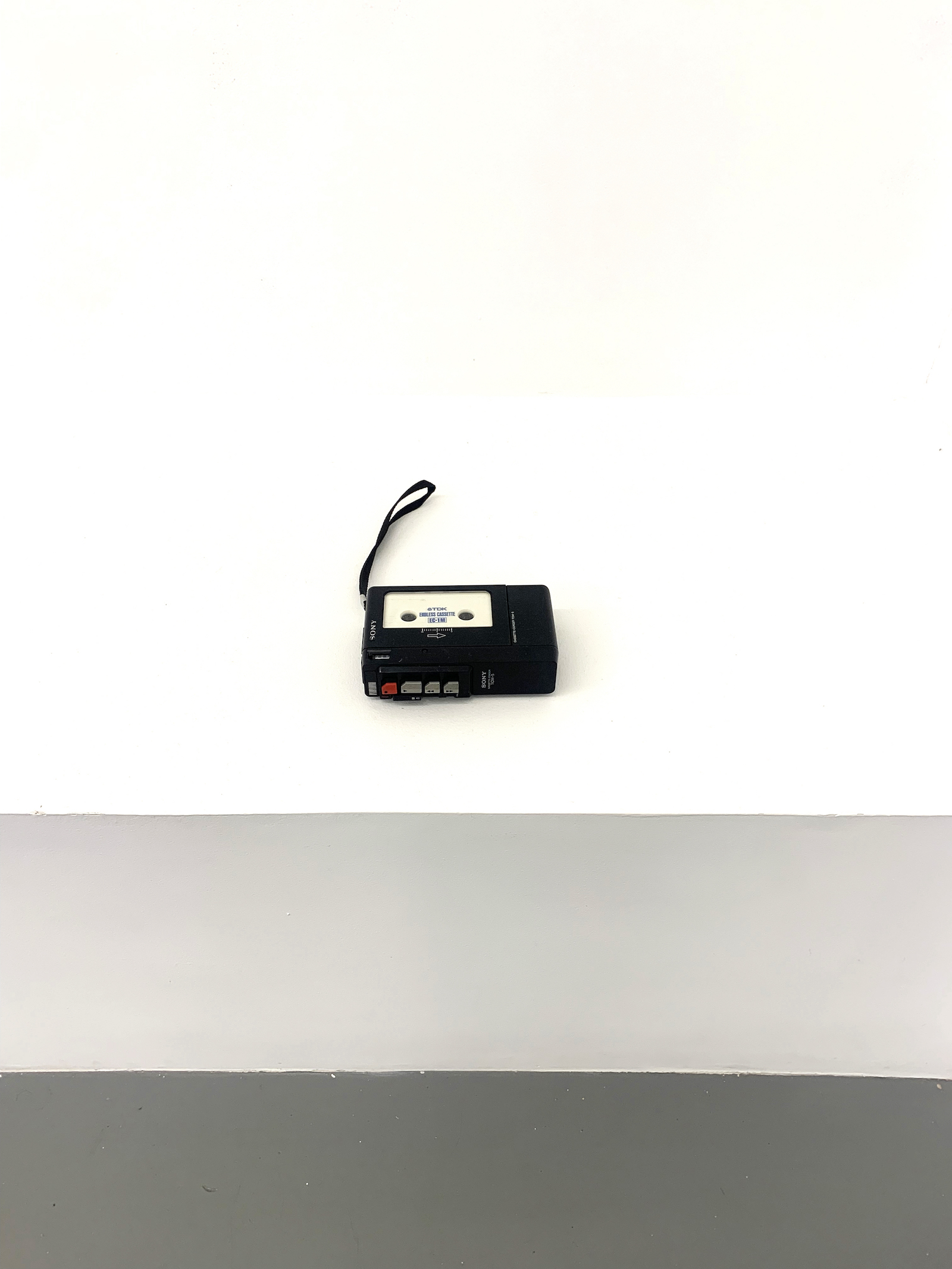 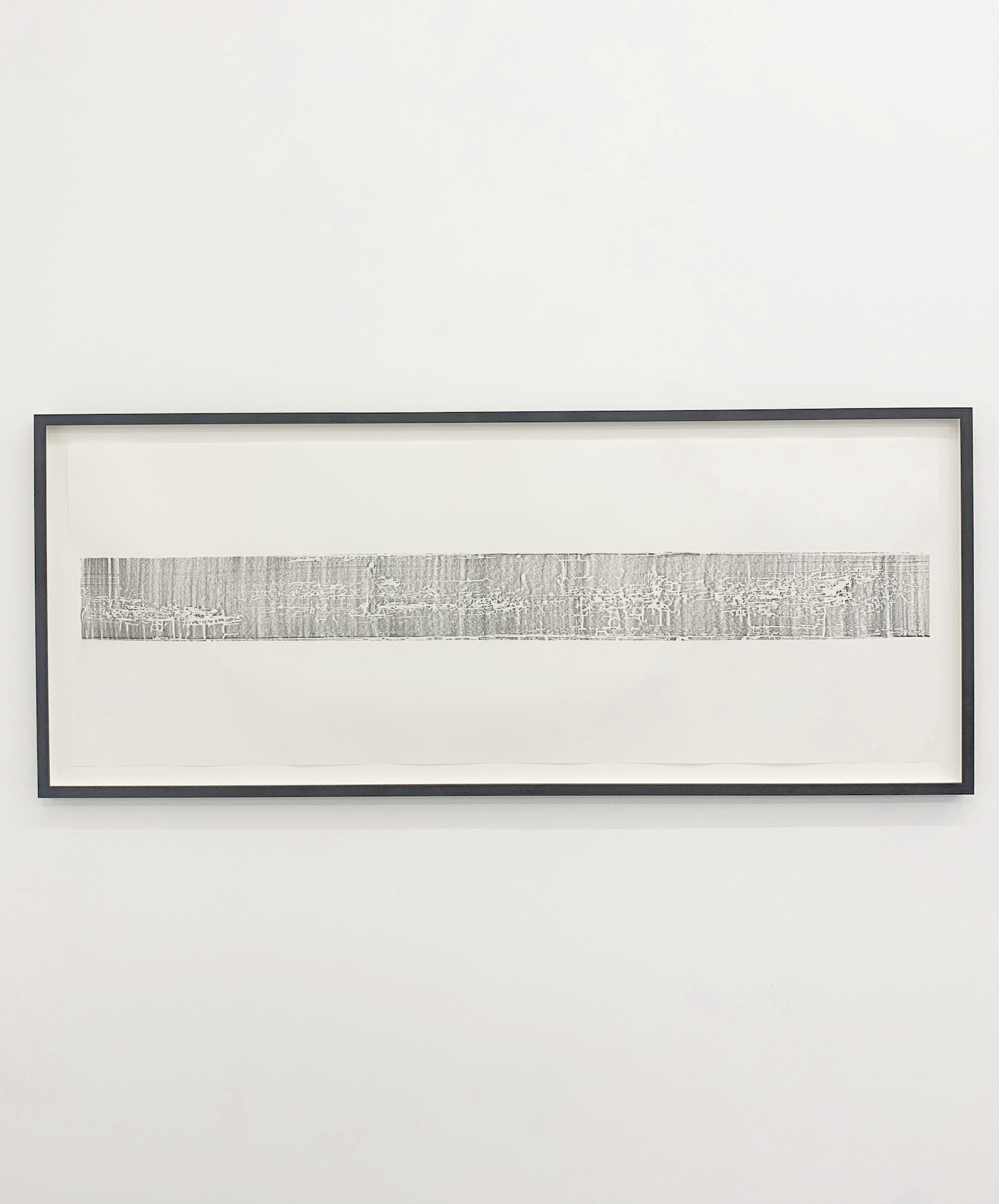 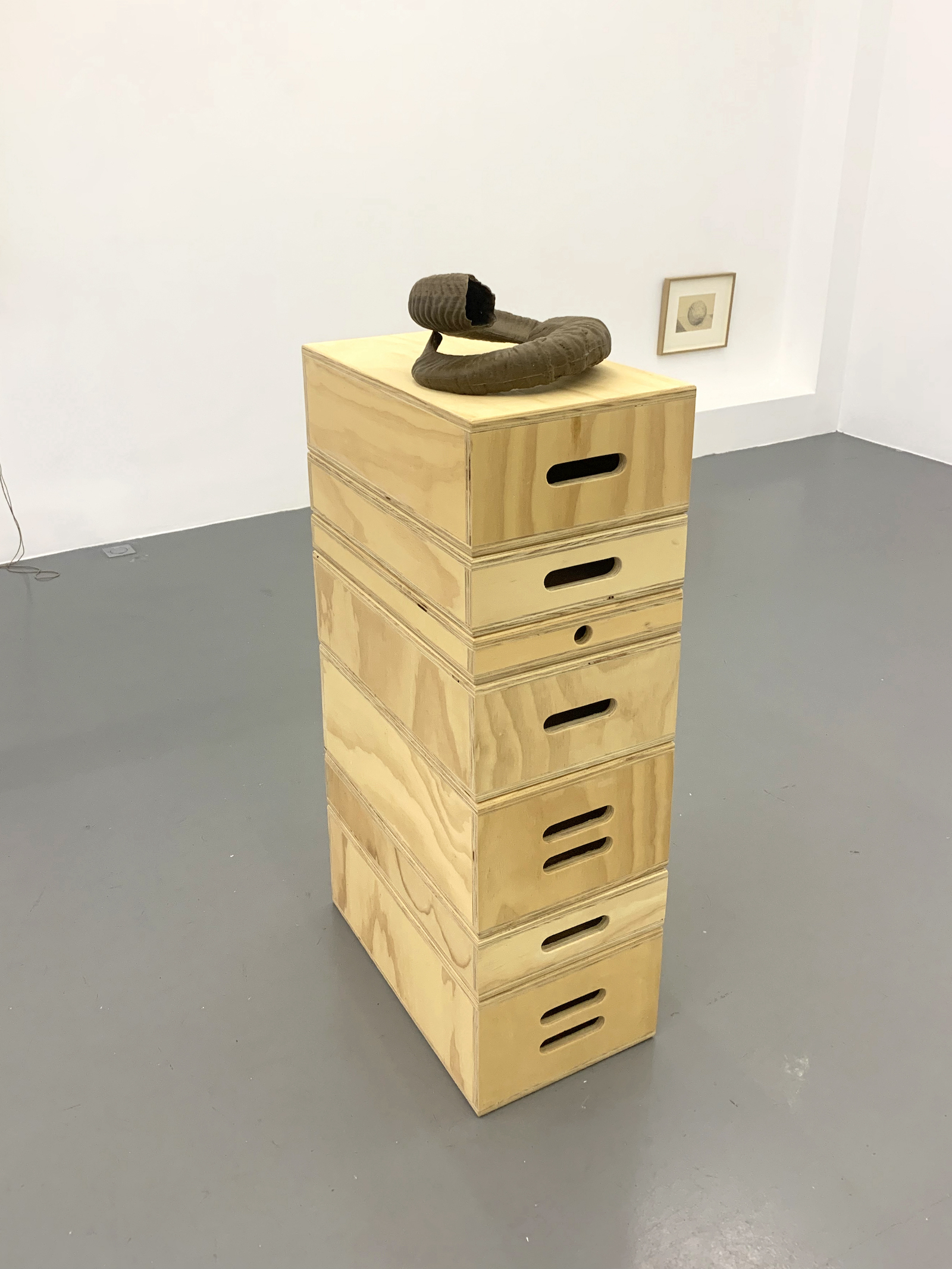 The title of this piece is borrowed from the shofar, an ancient musical horn used for Jewish religious purposes. This instrument is blown on two different celebrations:  Rosh Hashanah, the Jewish new year, and on Yom Kippur, the day of the atonement. If we instead focus on the material of these artworks, we can grasp another layer of meaning that refers to the junction of two opposing states connected by a medium. Indeed, the finite connotation of the term ?artwork? does not really apply to these horns as they are two wax casts. A cast represents a state in between a real object and a future object, an original and a replica. Montaron is interested in the liminal state inhabited by these fragile works that endows them to function as a reproduction tool, that, in the same way as a photographic negative does, steals the ?now? and ?where?- to borrow Benjamin?s words-  of the object being cast. 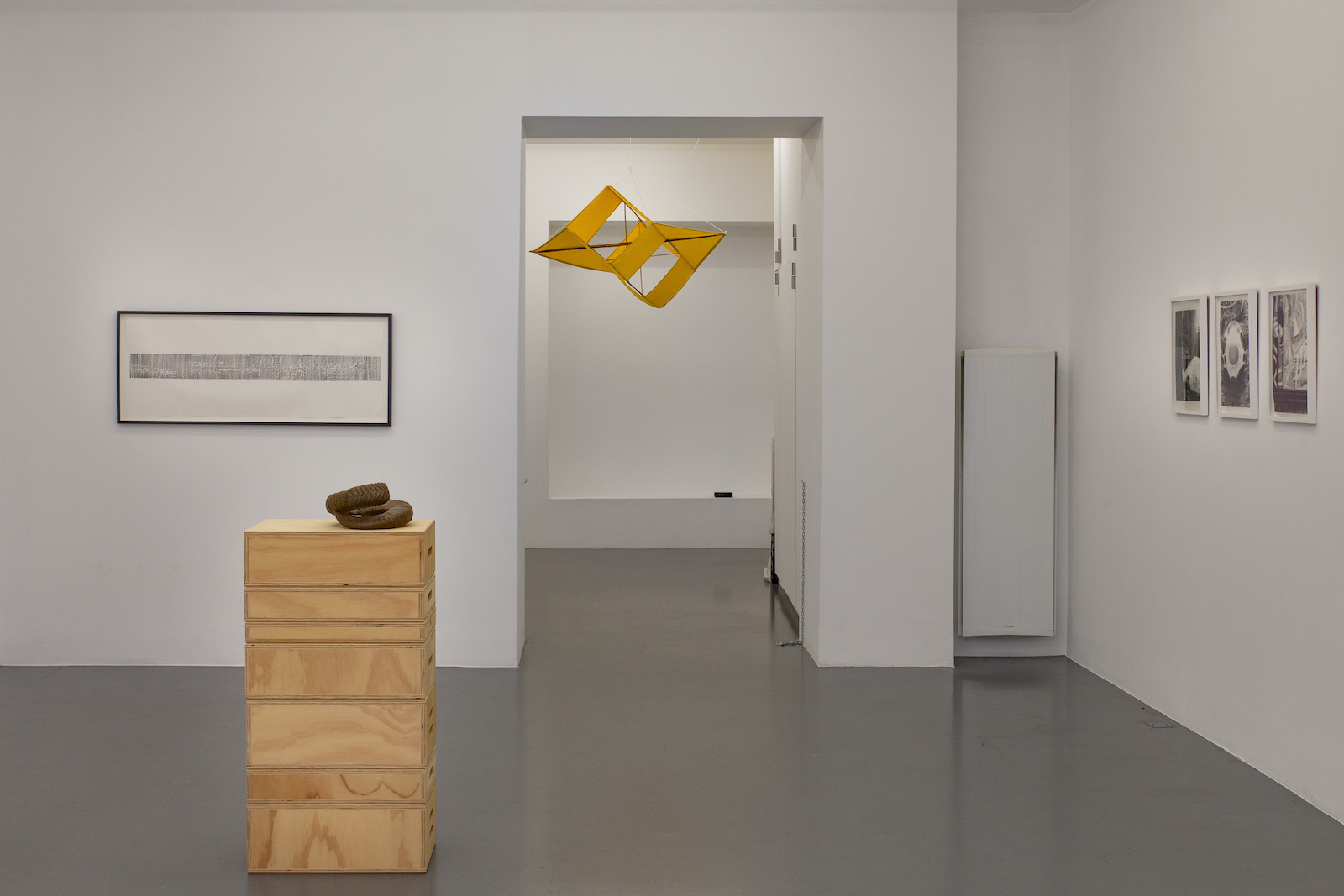 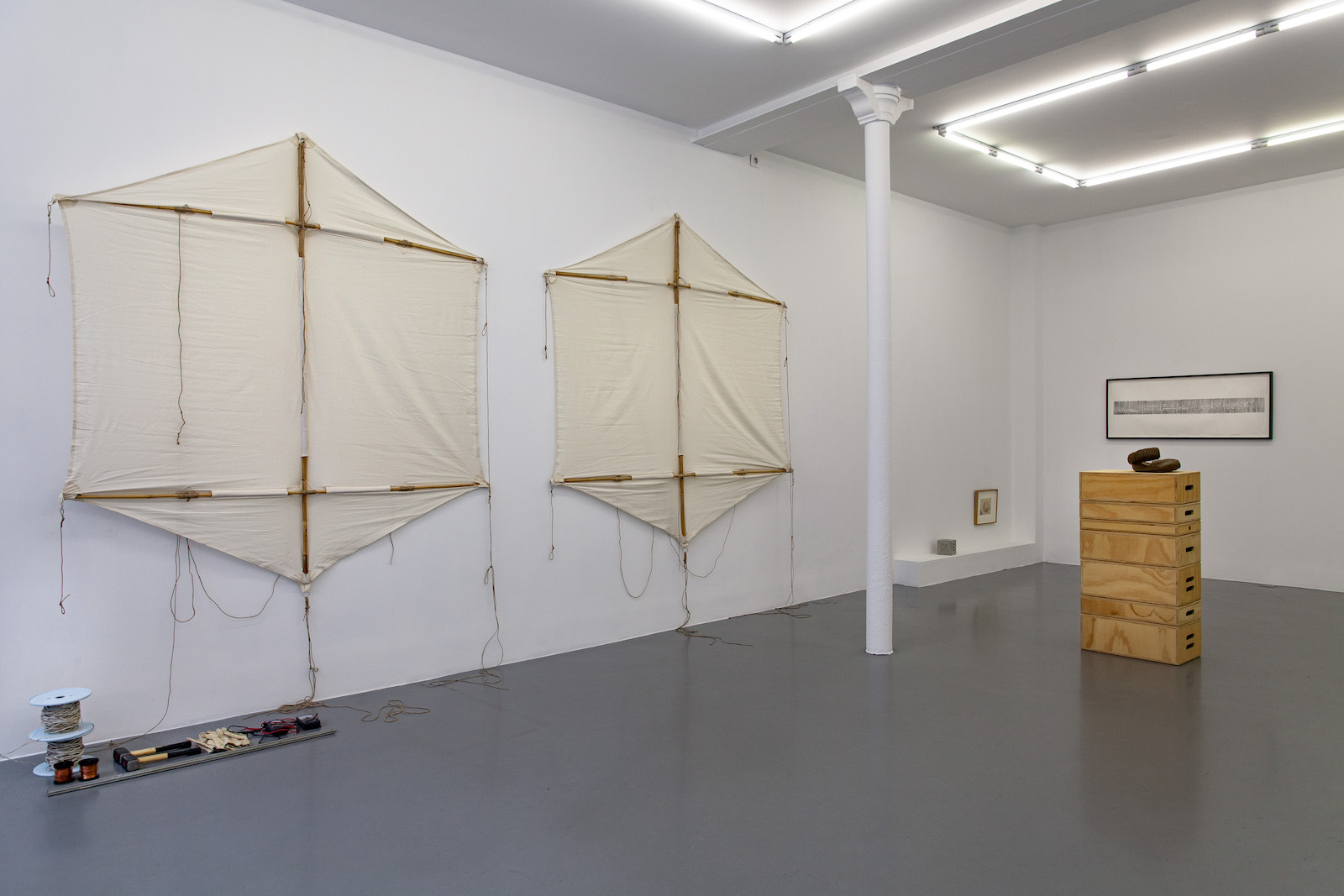 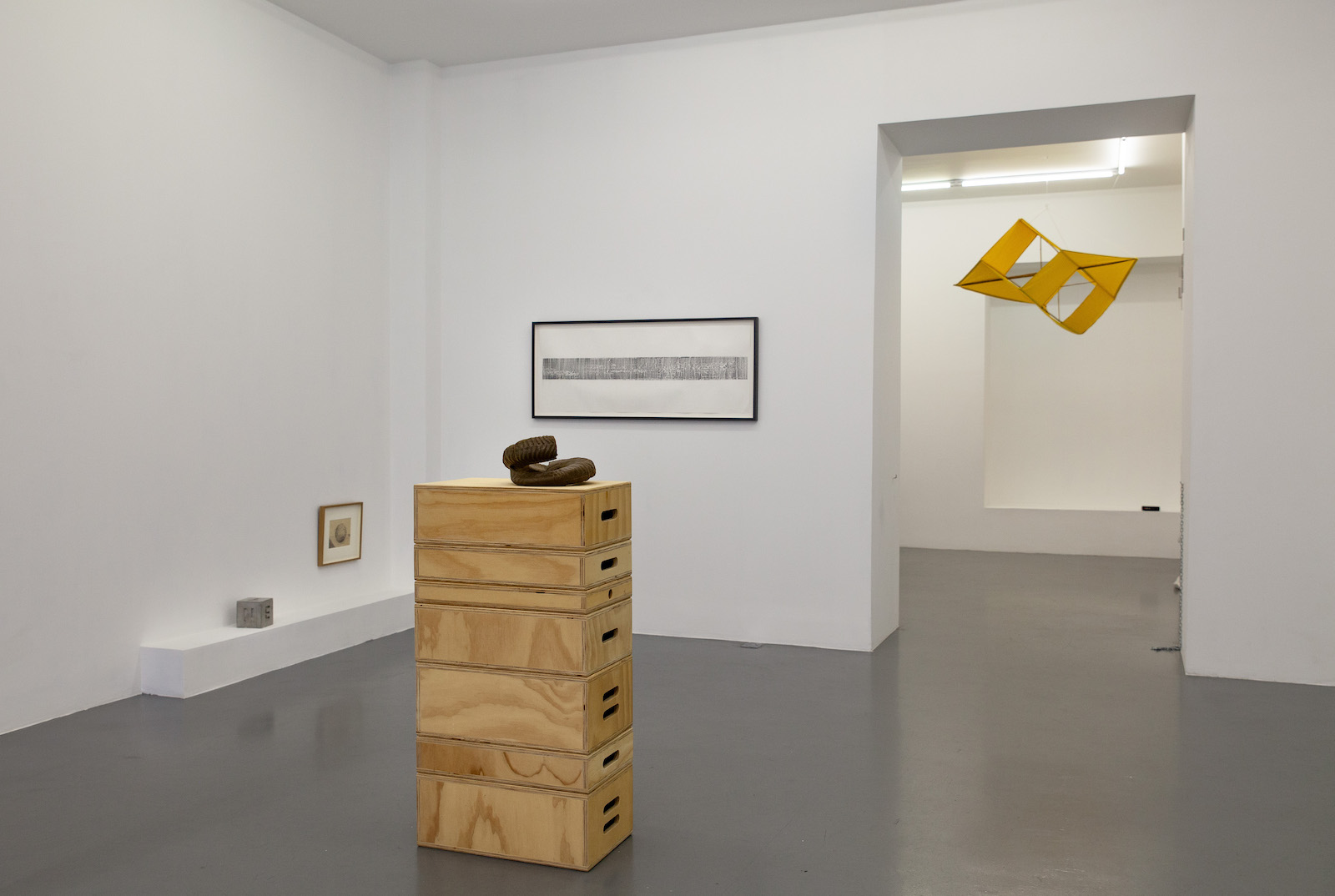